The persuasion techniques TV shows use to encourage consumption has much in common with successful affiliate marketing campaigns.

The first mini-goal in any persuasion flow is to seize and hold the attention of the prospect.

A TV show might do this by giving us a highlight reel of what is to come later on in the show.

News programs use this device extremely well when they start with the headlines, but only give a snippet of the information, meaning you have to keep watching to find out the answer.

In a sales piece (letter, FB advert, landing page…), this would be the headline.

Once a TV show has seized attention, the next step is to provide content that the target audience will want to watch to the end.

And just like a TV show builds up to a dramatic ending, we do the same in our sales material.

At the end of an episode, TV shows often use a cliffhanger as a call to action, because it creates a loop that makes viewers hungry for answers…

Answers that are only available if they respond to the call to action and watch the next episode.

How many times have you seen these words at the end of a TV show: To Be Continued…

Let’s not get hung up on cliffhangers too much because there is more information about using cliffhangers later on in this article.

The point here is that TV shows grab attention, then move into content the viewer enjoys, and then presells the call to action. And that is exactly the same as what we want to achieve in our sales and marketing.

You can see how — in a broad sense — TV shows work the same way as marketing and advertising.

In any sales promotion, the first thing we must do is grab people’s attention, and we do that by presenting a big idea in the headline.

Then, in the lead, we lay out our promise to them. In other words, we tell the reader why it is worth continuing to read.

This probably all sounds a bit confusing at the moment, don’t worry, these techniques are much easier to use than most people think.

And you don’t need to be an A-list copywriter to make them work.

In fact, anyone who watches TV can use these techniques effectively.

As soon as I explain more — starting with headlines — you’ll understand.

The Episode Name aka The Headline

The TV show Friends has one of the best naming conventions of all. Each episode starts with the phrase… “The one where/with…”

“The One Where Ross Got High”

“The one with all the Thanksgivings”

“The one with the prom video”

Notice how each of these episode titles focuses on one idea, and only one idea.

Crazy, right? There’s just too much information, too confusing… Next time you edit any sales materials, ask yourself if you’re sticking to one idea.

In copywriting, this is known as the ‘rule of one.’ You might also hear it called the ‘the golden thread.’

In good sales copy, we always use a single idea to grab the attention of the reader.

Because when people read sales copy or watch a TV show, they want to see one idea presented to them in the simplest way possible.

The reason for simplicity is so that no extra cognitive load is needed to absorb the message.

In other words, the person reading or watching wants to understand what is going on without engaging system 2 thinking

In short, nobody is paying attention to your content until you seize his or her attention, which you do with your headline.

A person only needs to glance at their bookshelf to see the power of one idea used in book titles.

Another TV show with great episode names is The Big Bang Theory.

Fans of the show know that each episode will explain complicated science in a zany and fun way.

So, the writers use curiosity-based fan centric episode titles:

Every episode name has a built-in curiosity angle. I mean, what on earth is the dumpling paradox or the pants alternative…

And that’s how the writers grab the attention of the viewer.

Then the rest of the episode plays out to satisfy that curiosity, rewarding the viewer for watching.

When writing headlines with curiosity angles, the rest of your content must deliver believable answers or else people feel cheated.

You now know that strong headlines contain one core idea. That core idea can be presented as a promise, a solution, using curiosity, and many others.

A headline needs to be as succinct as a TV show title. The reader wants to immediately understand what’s in it for him or her to continue reading. Then, we move on to the lead, which is where we lay out our promise to the reader of why it’s worth them continuing to read.

But don’t take my word for it, let’s analyze the opening of this article and see if we’ve followed the persuasion flow.

Starting with the headline then…

The headline has one central idea, which is this. If you watch, TV shows you can become a better marketer.

Almost everyone watches TV shows, so the headline appeals to a wide audience.

I guess everyone on an affiliate marketing blog wants to be a better marketer.

Now pay off on that attention.

The persuasion techniques TV shows use has much in common with successful affiliate marketing campaigns.

These lines build on the promise in the headline by giving more specific information: it is the persuasion techniques that TV shows use.

Then, we get an insight into these techniques and how they work. Notice how we use more specifics and give examples that people can connect with.

The first mini-goal in a persuasion flow is to seize and hold the attention of the prospect.

A TV show might do this by giving us a highlight reel of what is to come later on in the show. News programs use this device extremely well when they start with the headlines, but only give a snippet of the information.

In marketing, this would be the headline and then the lead.

Now we’re getting even more specific, we’re naming a technique (cliffhanger) that is used in a TV show to presell the call to action.

To find out more about cliffhangers, the reader must continue reading to find the information that closes that loop.

When affiliate sites use the same techniques as TV shows and the content is connecting with the audience, people keep on reading.

And if the content is preselling the call to action, then the chances of someone buying increase.

The purpose of these lines is to nudge the reader towards the belief that using these techniques could be profitable to their business.

And these techniques are much easier to use than most people think.

You don’t need to be an A-list copywriter to use them so people get value and take action.

In fact, anyone who watches TV can use these techniques effectively.

The purpose of the lines above is to handle objections before they arise in the reader’s mind.

At this point, the reader may experience doubts of their ability to use the techniques.

First, we say to them that the techniques are easier to use than most people think, and then the next two lines further the belief that using them is simple — as simple as watching TV.

For the rest of this article, you’ll see how to use TV show techniques and keep readers glued to your content.

The line above is the call to action. The call to action is a presupposition; it’s hidden meaning is this: if you continue reading, you can increase profits with these techniques.

The Promise (and why we must always deliver on those promises)

The promise of each TV episode is to entertain the viewer by putting the shows characters in conflict and then slowly revealing how that conflict is resolved.

TV shows that don’t pay off on promises made — unspoken contracts, if you will — will soon face the axe.

And the punishment for not making good on promises is administered to affiliate marketers much faster when people exit the site.

Take this article, which has promised to show how watching TV makes you a better affiliate marketer, it must keep that promise as you continue to read about what the product you sell is really offering people.

To explain that, I want to consider an episode of Better Call Saul, where the protagonist Jimmy McGill is working in a phone shop.

But first, some context: Jimmy McGill is a lawyer who understands the criminal mind.

Jimmy McGill understands what his target market wants, which is to make a phone call to other criminals and set up illegal deals without anyone snooping and listening to their calls.

Remember that Jimmy works in a phone shop and he wants to sell more phones. He could offer his target market the latest and most powerful model, the most expensive, or the cheapest.

But the truth is that his target market is not interested in anything about the phone other than it has security stopping government agencies from listening to their calls.

Jimmy then paints the words of his big promise on the front windows of the phone store.

Nowhere in his sales does he say he sells phones.

The phones are a medium for the real customer want, which in this instance is privacy.

And the more you become in tune to the marketing techniques in TV shows, the more you’ll spot and begin to picture using them on your own site.

Before you know it, you’ll instinctively know how to use these techniques at the right time.

Time For The Pay Off (Closing The Loop)

I promised more on cliffhangers, and I need to keep that promise and close the loop.

The more formulaic the TV show is, the easier it is to spot the persuasion devices.

However, unless you’re watching a TV show to research a specific audience, I’d say watch any TV show you’d like.

Only start to watch with your marketing hat on.

Let’s look at an example of what I mean by watching with your marketing hat on.

The video is the introduction to the 5th Season of The A-Team.

The first part of the introduction is a sneak peak of what is to come in series 5. That is the promise the show is making. If you watch, you’ll get to see how they bust out of jail… and what is Hannibal doing sitting in court in his uniform?

Then, we get a look at each character. How is each character portrayed in their individual intro scene? What is the message, does it make us want to keep on watching?

In short, then, when you next watch TV, make sure to be active rather than passive so you can see the correlations between how a TV show uses persuasion to get you take a specific action.

Trust me, this will make you a better marketer much quicker than reading a musty old marketing book. 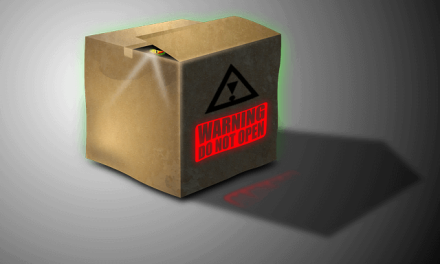 How To Pick and Dominate A Niche 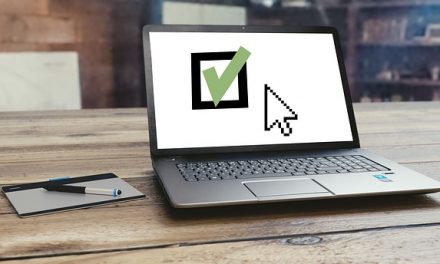 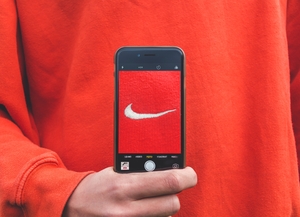 How To Brand Your Affiliate Site , So You Win Trust, Ooze Authority, And Ultimately Move Your Audience Closer To A Purchase